Jerry Medina has been playing music for over 30 years.

Nowadays he is a renowned contemporary music leader who stands out for his ability to adapt to any musical genre, from jazz to salsa and pop, from romantic ballads to symphonies and urban styles.

In forth grade Medina joined Fajardo’s Municipal Music Band, under the direction of Maestro Luis González Peña. Went to college at University of Puerto Rico Mayagüez Campus where he joined the campus’ band, under the direction of Maestro Celso Torres. Simultaneously, he and his friend Néstor Torres played in Torres father’s band, with Abel Perez Forrestier and Efraín Toro. Although he came from a poor family, he was able to live on a music scholarship and the extra money he made by playing in frat parties and having other side jobs. Thanks to those experiences, he was able to continue his education and graduate with a bachelor’s degree in Agricultural Sciences. In 2004, ” La Asociación y Fundación Alumni Colegial ” recognizes Jerry Medina as Colegial Distinguido for his contribution in music to the progress and developement of his community and Puerto Rico. 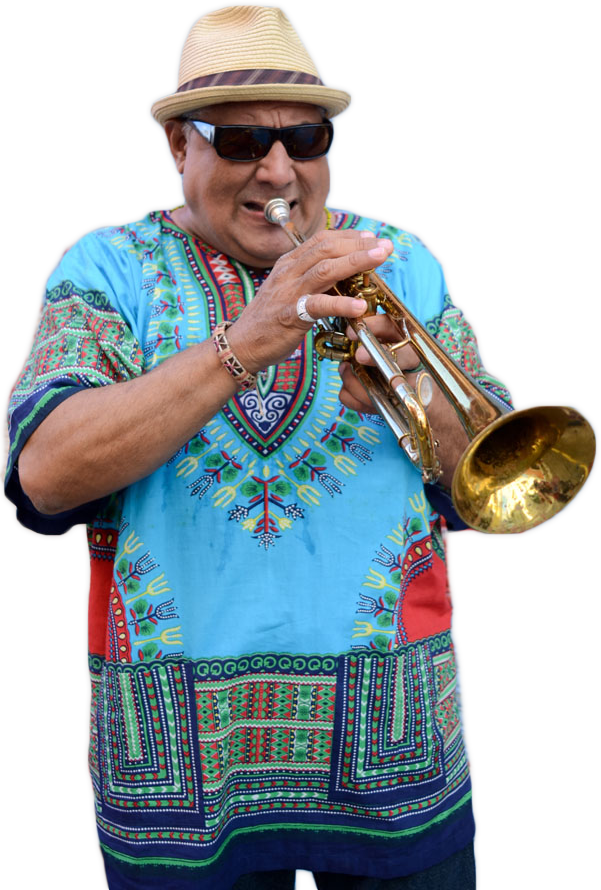 In 1980 he collaborated with Ismael Miranda’s orchestra as a backup singer and trumpet player. Soon afterwards, in 1981 he dared play the trumpet and sing next to experimented musicians during a farewell party thrown for Ángel “Cachete” Maldonado and Eddie “Guagua” Rivera who, at the time along with Eric Figueroa, were members of the Luis “Perico” Ortiz orchestra. At the end of the closed jam session, no one gave Medina feedback or even thanked him for his participation… But later on, when his friend Néstor Torres came to visit and they celebrated a casual encounter with fellow musicians, they did remember his past performance. What was just a “music fix” to Medina, turned out to be one of the most significant moments of his career, those musicians later invited him to join them in a music rehearsal and with, “Cachete”, “Guagua”, Eric Figueroa, Giovanni Hidalgo, and Pablito Rosario he become one of the members and co-founder of Batacumbele, a musical group that broke the mold of its time and changed traditional salsa’s paradigms, giving it a new feel and an innovative progressive sound that still lives on. Looking back, Medina assures Batacumbele was the genesis and turning point of his career. The avant- garde group recorded four albums that impacted the Afro-Caribbean jazz scene, opening more doors for the artist along the way.

In 1987 Medina recorded with Eddie Palmieri the Grammy-winning album “The Truth” and interpreted its main single. With Palmieri, he would travel to many countries and even perform at Holland’s North Sea Jazz Festival, where he performed in the same stage with caliber musicians, such as Miles Davis, Ray Charles, Sara Vaughan, Ella Fitzgerald, and Horace Silver. Medina admits all of these have been incredible experiences and remembers when he was in college, he used to tell his friends: ” If I could just sing with Eddie Palmieri”… He never imagined he would later sing in a Grammy award record with this icon.

Since a very young age, Medina took pleasure in listening to records by Airto Moreira, Ella Fitzgerald, Sara Vaughan, Al Jarreau, Bobby McFerrin, Louis Armstrong, Herb Alpert, Rafael Mendez and Juancito Torres; these were his most influential figures by the time he matured musically. He was particularly drawn to the scat technique; his fascination with voice modulations and sounds within musical tones has resulted in his own scat interpretations, which always get people talking.

As a trumpet player, singer and composer, Medina has collaborated with countless artists. For more than 15 years he provided backup vocals for the Fania All Star tour, which took him to France, Colombia, Africa, Peru and New York (Madison Square Garden).

In the year 2000, Medina recorded Tito Puente and Eddie Palmieri’s last album, “Masterpiece”, for which Puente and Eddie gave him the liberty to get his ideas flowing and interpret songs his way. Medina takes great pride in his participation on this project, as it also won a Grammy award.

For the remake of Rafael Hernández’s song “Capullito de Alelí, which was commissioned by the Institute of Puerto Rican Culture, Medina worked alongside Héctor “Coco” Barez; from this, emerged a composition that fused flamenco styles, “cajon” beats, and blues chorus lines with his daughter and singer, Kianí Medina.

Medina has embarked in other special projects, such as Banco Popular of Puerto Rico’s musicals “Raíces” and “Sonó Sonó; the first about Puerto Rican Bomba music and the latter a tribute to composer Tite Curet Alonso. He also sang in Arauco, as part of the Puerto Rico Coral Reef Conservation campaign and was the lead voice for the Puerto Rico Tourism Company campaign for two years. Performed at The Lincoln Center, N.Y.City in a special performance for the Tourism Company of P.R. and the Elite Traveler Magazine. He has immersed into the film industry, acting and singing in “Dirty Dancing: Havana Nights”, producing ,composing and interpreting the theme song for the film “Casi, Casi”, and collaborating with musician Omar Silva (from reggae roots group Cultura Profética) in some of the themes for the Puerto Rican film “Maldeamores”. Recently he arranged, played trumpet and recorded vocals on two songs for the TV series Mozart in the Jungle staring Malcom McDowell and Gael Garcia. Jerry Medina also participate as an actor in the movie “Force of Nature” (Mel Gibson)  and composer and actor for the movie “She’s got to have it too” Netflix

As a solo artist, Medina has recorded three albums, “Feeling Alright”, “De Parranda con Jerry Medina”, and ” Jerry Medina y La Banda …A mi Manera.” These are equally versatile as his musical career and have been extremely meaningful to him, elevating his professionalism to another level.

He collaborated with musicologist and percussionist John Santos in several of his albums nominated for the Grammys and performed at the Smithsonian Institute in Washington D.C. This event was radio broadcasted throughout the USA.

Forty years had passed since Fania All Stars had toured, until finally in 2011 they performed in Peru. The week after, Medina appeared in shows with urban group Calle 13, also in Peru. With non stop performances, flew to Puerto Rico to sing with the Puerto Rico All Stars at the Hiram Bithorn Stadium in San Juan P R.

Jerry Medina’s professional trajectory, talents, abilities and versatility prove that his contribution to music is still current and ever evolving. 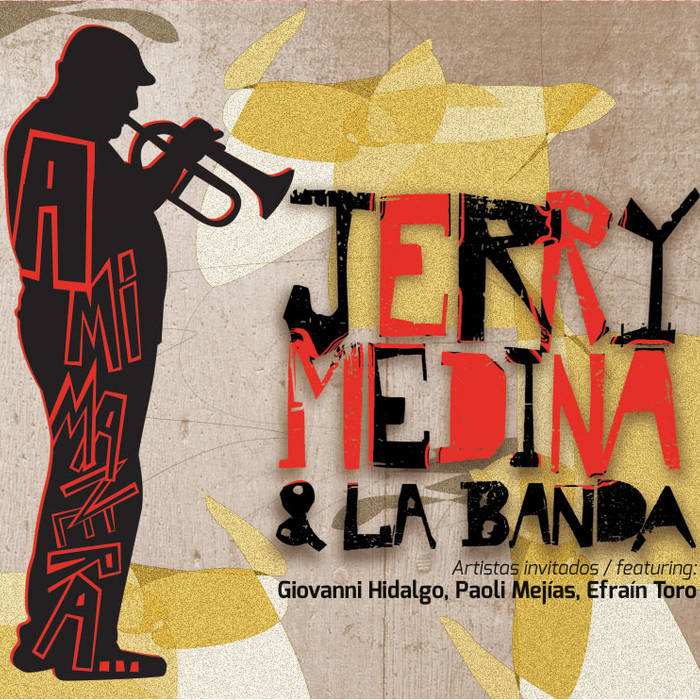 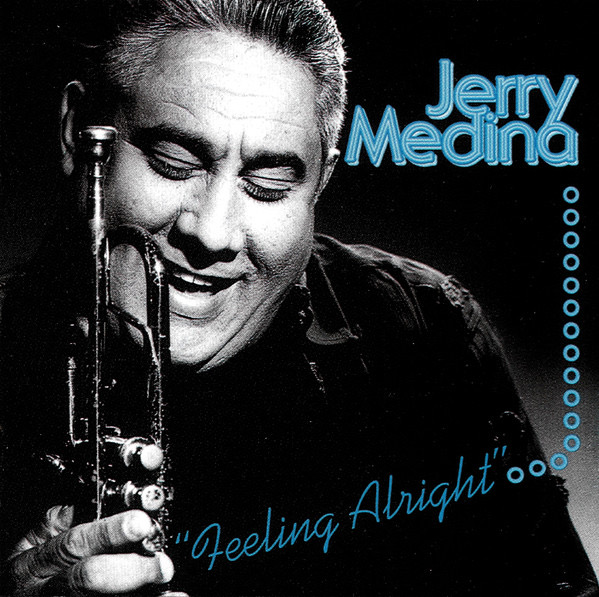 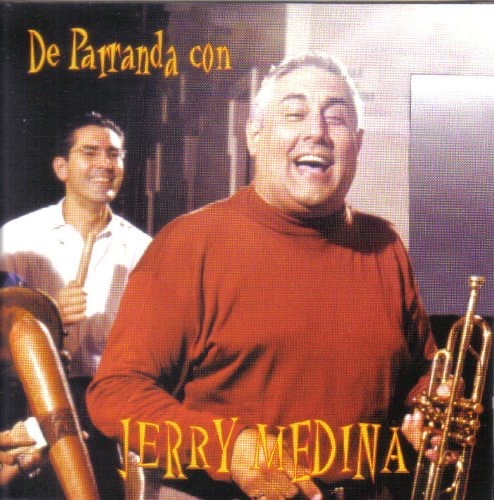